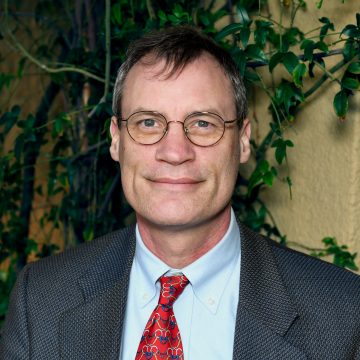 Eric Howard is the Director of Strategic Partnerships at Second Nature.  Based in Boston, he guides the development of dynamic partnerships, integrating them into existing and new climate action programs and advocacy/ policy initiatives. He builds new alliances that align Second Nature’s areas of expertise and advances activities that will have a positive impact on the communities we serve.

Prior to joining Second Nature in 2018, Eric focused on corporate partnerships for Oxfam America (2017-18) and for Northeastern University’s College of Engineering (2013-17), helping secure more than $15 million in revenue and support.  Previously he was Executive Director of Maine Wood Products Association (1998-2002) and the Fulbright Academy of Science & Technology (2003-2012). The Academy was think-tank and networking community for the global community of Fulbright scholars, which includes many leaders in higher education. Earlier in his career Eric was Information Officer for the International Union for Conservation of Nature in Germany and a consultant to US AID in Bosnia and the UN Information Unit on Climate Change in Switzerland.

To support capacity building and peer-to-peer sharing of knowledge, Eric has produced over 100 conferences, workshops, and symposia in seventeen countries on topics such as sustainability, global health, advanced manufacturing, nanotechnology, information access, and economic development.  He has edited several books, authored dozens of reports, and for eight years was contributor to the Yearbook of International Environmental Law.  In 2007, the US Department of State awarded a Certificate of Appreciation for his work in science diplomacy.

Eric has a B.A. in Geology from Wesleyan University (1986), and a Master of Environmental Management degree from Duke University (1989), and a Certificate in Business Administration from Northeastern University (2016).  Policy research fellowships were funded by the US NSF, US EPA, World Wildlife Fund, and the Fulbright Exchange Program. He is on the Advisory Council of the Assn for the Advancement of Sustainability in Higher Education (AASHE) and is a member of the Alliance for Research on Corporate Responsibility (ARCS), the Network of Academic Corporate Relations Officers (NARCO), and the IUCN Commission on Communication and Education.

Eric is currently finishing up doctoral work at Northeastern University on Organizational Leadership addresses collaboration and knowledge-sharing practices of those involved in cross-sector research partnerships.