The White House’s decision to pull the United States out of the Paris Climate Agreement reinforces higher education’s sense of urgency and unity to rapidly scale solutions, train the new workforce for a green economy, and continue to act as stewards of our nation’s students and their future.

Today the Trump Administration doubled down on the ill-advised decision to pull the United States out of the Paris Agreement on Climate Change. Soon the State Department will submit notice to the United Nations starting a one-year countdown to the complete withdrawal of the United States from an agreement that every other country in the world continues to support. While not unexpected, it is yet another sign that climate leadership in the United States will not come from the current administration, but rather through leaders and citizens from businesses, state and local governments, colleges and universities, and other sectors in society in addition to restoring the climate leadership of the federal government. Second Nature and the higher education institutions in the Climate Leadership Network – more than 440 colleges and universities across the United States formally and actively committed to achieving carbon neutrality – reaffirm their intentions to accelerate climate action to ensure a just future. 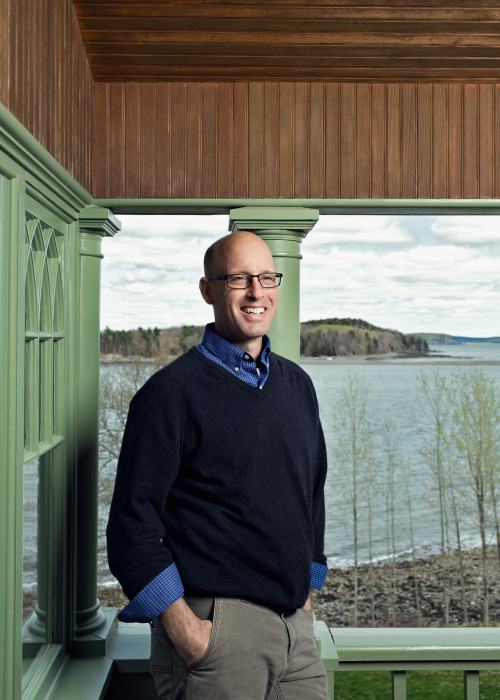 COA President Darron Collins ’92 believes institutions of higher education can make a large positive impact on the environment, and be a role model for others to do the same.Credit: Sarah Bear BuckleyPresidents and chancellors at higher education institutions from Maine through Pennsylvania, Nevada, and California continue to partner with their communities on building large scale renewable energy systems, low-emission transportation infrastructure, net zero energy buildings, and resilience plans to be prepared for the present and future impacts of climate change. The Administration’s decision has only reinforced higher education’s sense of urgency and unity to rapidly scale solutions, train the new workforce for a green economy, and continue to act as stewards of our nation’s students and their future.

“Despite all the efforts to derail years of work, there is huge momentum across the US, from towns, cities, states, and regions, to keep the commitments our country has made to create a cleaner, more sustainable economy. As leaders in higher education, we must embrace the very important roles our institutions can play in this effort, serving as generative spaces for community dialogue, creative problem solving, and collective action on the most urgent problem facing humanity right now” – COA President Darron Collins ’92.

Source: College of the Atlantic