Find what you need to build, grow, and sustain climate action on your campus.

Delta College's activities demonstrating its commitment to sustainability are being recognized at a national level. Second Nature, a nonprofit public benefit corporation that works to accelerate climate action throughout higher education, and the U.S. Green Building Council (USGBC) have named Delta the winner of the ninth annual 2018 Higher Education Climate Leadership Award for two-year institutions. 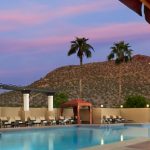 The 2019 Higher Education Climate Leadership Summit will be held in partnership with the Intentional Endowments Network on February 10-12, 2019 at the Tempe Mission Palms Hotel in Tempe, Arizona. Visit the summit website for more details.

CHAMPAIGN — The University of Illinois was selected for the ninth annual Climate Leadership Award from the Boston-based nonprofit Second Nature, in partnership with the U.S. Green Building Council. One four-year university and one two-year college are chosen annually for the award, which recognizes innovation and leadership in climate action. To be eligible, schools must sign the Presidents' Climate Leadership Commitments. The UI signed the carbon commitment in 2008, and the award is "welcome recognition of the progress we've made in the last decade," Chancellor Robert Jones said in release. 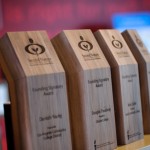 Bowdoin Achieves Carbon Neutrality. Now for the Next Step

Colleges and universities across the country are being been recognized as climate champions by Second Nature, a non-profit focused on accelerating climate action in and through the higher education sector. Marks of Distinction is a new initiative for the Climate Leadership Network that recognizes a select group of higher education institutions that set high-performance goals and demonstrate and report progress towards those goals. 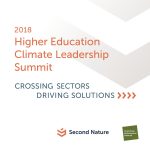 Higher education has been leading on addressing the climate crisis with more 600 institutions committed to carbon neutrality through the Presidents’ Climate Leadership Commitments. It’s now time to turn the cross-sector alignment initiated by the We Are Still In (WASI) coalition – hundreds of businesses, investors, cities, and institutions of higher education in the US […]

U of A Receives Gold Rating for Campus Sustainability Achievements