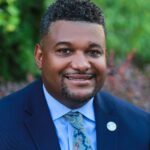 Nathaniel Smith serves as Founder and Chief Equity Officer of the Partnership for Southern Equity (PSE), which advances policies and institutional actions that promote racial equity and shared prosperity for all in the growth of metropolitan Atlanta and the American South. Among PSE’s notable accomplishments was the creation the American South’s first equity mapping and framing tool, the Metro Atlanta Equity Atlas, and co-authoring numerous reports including: “Growing the Future: The Case for Economic Inclusion in Metropolitan Atlanta”, and “Employment Equity: Putting Georgia on the Path to Inclusive Prosperity”. PSE also led a coalition of diverse stakeholders to support a $13 million transit referendum that expanded Atlanta’s metropolitan transit system into a new county for the first time in 45 years.

Smith’s advocacy activities were instrumental in the ratification of a 15 percent set aside of Atlanta Beltline Tax Allocation District (TAD) dollars for the development and maintenance of affordable workforce housing within the Atlanta BeltLine Planning Area – $250 million dollars over the 25-year lifespan of the Atlanta BeltLine TAD.

A child of Civil Rights Movement and Atlanta native, Smith holds a Bachelor of Arts in Urban Studies from Morehouse College and a Master of Science from the New School.

Among his many accomplishments, The Huffington Post honored Nathaniel as one of the eight “Up and Coming Black Leaders in the Climate Movement” in 2017. Nathaniel was also named to the Grist 50 by Grist Magazine in 2018 and the Atlanta 500 by Atlanta Magazine in 2019 and 2020, and designated one of the 100 “Most Influential Georgians” by Georgia Trend magazine in 2018, 2019 and 2020. His work was also featured in the U.S. News and World Report, Chronicle of Philanthropy, Nonprofit Quarterly, Atlanta Journal-Constitution, Atlanta Voice and others.