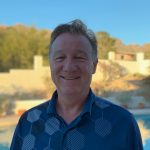 Prof. James (Jim) Buizer is Founding Director of the Arizona Institutes for Resilience at the University of Arizona (UA), where he also holds appointments as Professor in the School of Natural Resources and the Environment, and Research Professor in the Office of Arid Lands Studies. He has published extensively on institutionalizing the science-to-action interface and is leading an effort at UA to establish a network of institutions dedicated to integrating research-based knowledge about climate impacts and options for adaptation into decisions, aimed at resilience and sustainable development around the world.

Before joining the UA in the fall of 2011, Jim was Senior Policy Advisor to Arizona State University (ASU) President Michael M. Crow, and Executive Director for Strategic Institutional Transformation in the Office of the President, where he led the formulation and establishment of the University-wide Global Institute of Sustainability (GIOS) and its School of Sustainability launched fall 2006 as the first of its kind in the world. He maintains an appointment as Senior Sustainability Scientist at ASU.

Prior to ASU, Jim was Director of the Climate and Societal Interactions Office at the National Oceanic and Atmospheric Administration (NOAA) in Washington, D.C., where he established and led the Agency’s integrated, multidisciplinary climate research and applications programs, including the RISA and IRI. Jim also led the U.S. Government review of the Third Assessment Report of the Intergovernmental Panel on Climate Change (IPCC), which received the 2007 Nobel Peace Prize.

Buizer serves on numerous boards and advisory councils in the U.S. and abroad. He serves as immediate past chair of the Board of Directors at Second Nature, and at the National Council for Science and the Environment. He also Chairs the  Senior Advisory Committee of the Regional Integrated Multi-Hazard Early Warning System for Africa and Asia, Bangkok, Thailand, and on the Advisory Board for Planet Forward.

Jim received his degrees in Oceanography, Marine Resource Economics, and Science Policy from the University of Washington, Seattle, Washington. He is a native Spanish speaker, and lives with his wife, Dee in Catalina Foothills, Arizona.