By Pete Plastrik and John Cleveland, authors of “Life After Carbon – The Next Global Transformation of Cities”

This guest blog with Second Nature partner, Island Press, first details how cities are leading in climate change action, and next how higher education institutions can act as accelerators and collaborators alongside cities in the transformation to a carbon-independent future. 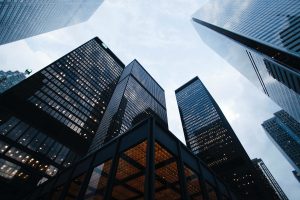 A new urban model is emerging worldwide–and it is upending the pillars on which our modern cities were built. That model is evident in several dozen cities, half of them in the United States, that are making extraordinary efforts to prevent global warming and protect themselves from climate turbulence. Institutions of higher education have a central role to play.

These climate innovation cities are pursuing radical goals for climate change. The most ambitious are pursuing a goal of total carbon neutrality by 2050.  That means eliminating the use of fossil fuels in the production of electricity, heating and cooling of buildings, and powering of vehicles–and replacing it with renewable energy sources. It means ending the dominance of automobiles and trucks over city streets–replacing cars with flows of pedestrians, bicyclists, buses, trams, and light rail that invigorate city life. It means making every new and existing building use only a small fraction of the energy and water that is currently consumed. And it means eliminating virtually all waste.

Today cities that are actively following a climate-innovation pathway are leaving behind outdated ideas about what makes a city “modern.” As they innovate radically, they are embracing four transformational ideas that are embedded within the hundreds of climate innovations emerging in lab cities and spreading from city to city. These ideas are gaining traction in markets, professions, and with consumers and national and state levels of government. 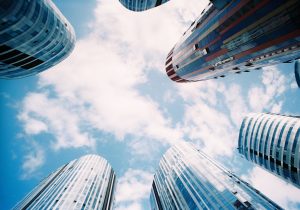 We frame these transformative ideas as new roles and capacities of cities for the climate-change era.

Idea #1 – Cities can turn the emerging renewable energy economy into urban wealth and jobs. Clean energy provides local and regional economies with transformational opportunities. Cities are developing new economic clusters and are localizing the production, storage, distribution, and management of renewable energy production, in a shift that creates jobs. And as they green their cities, they attract the new creative human talent that is the driver of economic prosperity.

Idea #2 – Cities can more efficiently use energy, materials, natural resources, and space to generate a new kind of urban abundance. Cities are pursuing radical levels of efficiency in their core systems, especially energy for buildings and transport, and seeking to eliminate all waste. In the process, they are redefining abundance to embody long-term sustainability of resources, a comprehensive set of non-economic values, and a wider base of participants sharing in the bounty. Their long-term goal is to move towards a true “circular economy.”

Idea #3 – Cities can restore and tap the power of natural systems to enhance and protect urban life. Cities that once turned their backs on nature are now turning back to nature to provide environmental, social, health, and economic benefits. Their “re-naturing” innovations–use of living infrastructure, stewardship of ecosystems and biodiversity, and provision of “biophilic” immersion in nature–invert the modern idea-hierarchy by restoring nature as the dominant context for urban development.

Idea #4 – Cities can cultivate the capacity of inhabitants and core systems to adapt successfully to the future’s new requirements. Given the global unfolding of climate change and destabilizing social and economic forces, the future seems less knowable and controllable, more uncertain and riskier, than in the recent past. As a result, urban planning has begun to emphasize preparing for and adapting to unpredictable change and minimizing risks. Cities are investing in the capacity of residents and civic leaders to understand, deliberate about, and collectively determine responses to complex, changing problems. They are designing the physical infrastructure and service capacities of urban systems so they can be readily adapted as climactic conditions change and technological advances emerge. 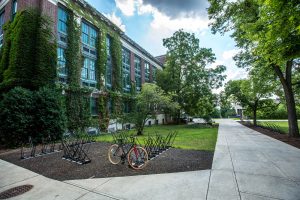 The Role of Higher Education

Higher education institutions have a critical role to play in supporting and accelerating this process of urban transformation.  They can lead by example and use their campuses as “living laboratories” of change; they can use the enormous power of their research capabilities to accelerate post-carbon knowledge and innovation; and they can build the human talent needed to make the transformation a reality.

Boston is a great local example of how higher education can provide leadership on urban transformation.  The Boston Green Ribbon Commission (GRC) is a voluntary CEO network supporting the implementation of the City of Boston climate action plan, which calls for carbon neutrality by 2050 and long-term resilience to climate impacts like sea level rise.  The presidents or executive vice presidents of Harvard,  Boston University and MIT serve on the Commission. Boston University is also a part of the University Climate Change Coalition (UC3) a bold cohort of 18 leading North American research universities that are prototyping a collaborative model designed to help local communities achieve their climate goals and accelerate the transition to a low-carbon future.

The GRC Higher Education Working Group includes an additional four institutions – Boston College, Tufts, U Mass Boston and Emerson College, several of whom are signatories to the Presidents’ Climate Leadership Commitments and members of the Climate Leadership Network (CLN).  These institutions have pioneered advanced carbon reduction practices like whole building energy efficiency and renewable energy purchasing. They have also implemented aggressive resilience strategies, and contributed enormous amounts of research to figuring out climate resilience and mitigation. 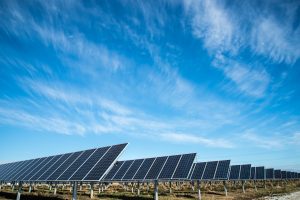 And nationally, organizations like Second Nature, network manager of the CLN, and the American Association for Sustainability in Higher Education are helping higher education institutions become more resilient and radically reduce their greenhouse gas emissions. In many cases higher education campuses are “anchor” institutions with deep roots in their communities, whose actions can help reshape urban form.  We need as many of these institutions as possible providing aggressive leadership if we are going to make the needed urban transformation a reality.

Because of climate change, cities around the world will be different at the end of the 21st century. Whether they will be better places for everyone to live in remains to be seen. But a possible future city, a radically different city than the modern one we know, is coming into view. It is emerging all around us, in the cities that have decided to turn the climate disaster into an opportunity. In those cities, the urban future is now. 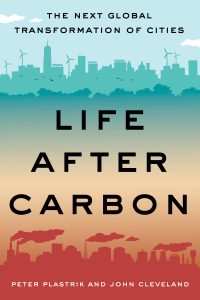 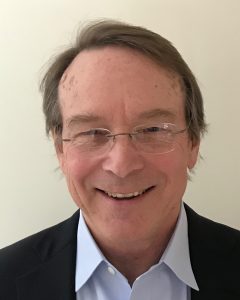 About the Author: John Cleveland was born in Alexandria, Virginia, and spent the first 12 years of his life living in small Indian villages on the Yukon River in Alaska that are now “ground zero” for climate change impacts. Along with Pete Plastrik, he is a co-founder of the Innovation Network for Communities, and has worked with Pete in supporting the growth of the Urban Sustainability Directors Network and the launch of the Carbon Neutral Cities Alliance. He serves as the executive director of the Boston Green Ribbon Commission, a CEO network that is supporting the development and implementation of the City of Boston Climate Action Plan. The Commission work has given him a deep appreciation for the nuts and bolts of city-based climate mitigation and adaptation strategies. John lives with wife Michelle in Tamworth, New Hampshire, where he greatly enjoys hiking, skiing, biking, and building stonewalls.