The UC3 Series: University of California is Growing Climate Solutions Across Sectors

The University Climate Change Coalition (UC3) is a bold ensemble of research universities who are venturing outside their campuses to connect with local businesses, governments and communities to accelerate the transition to a low-carbon future. This blog post is part of a series highlighting the climate action work of UC3. First up is the University of California. 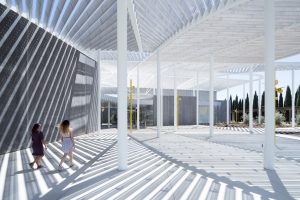 For decades, the 10-campus University of California (UC) system has been a leader in the fight against global climate change. At the core of UC’s sustainability mission is the university’s dedication to education, research, and public service. UC is pursuing a community-oriented approach to sustainability by using its campuses as living laboratories and leveraging its cutting-edge research to develop new solutions and galvanize collective action. Through UC3, the university is expanding the impact of its sustainability leadership across sectors and borders and enabling the sharing of best practices, new climate research and sustainability strategies. 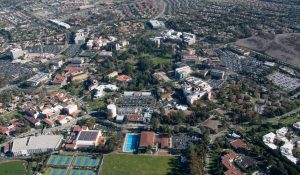 Under the leadership of President Janet Napolitano, UC launched its Carbon Neutrality Initiative in 2013, pledging to become operationally carbon neutral by 2025. Through energy efficiency gains and the adoption of solar and other renewable energy sources, UC has reduced its systemwide emissions by 15 percent since 2009 – even while significantly increasing student enrollment. UC has also made major investments in green building, with 301 LEED certifications as of 2018, and in its energy efficiency programs, which have allowed UC campuses to save more than $255 million in utility costs since 2004. 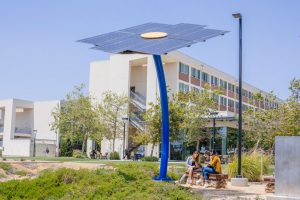 In 2018, UC committed to additional clean energy goals that will continue to move the system toward carbon neutrality. By 2025, each UC campus and medical center will obtain 100 percent clean electricity, and at least 40 percent of its natural gas will be biogas. UC also took new steps to make its facilities even more energy efficient, to use its purchasing power to create markets for more sustainable products, and to set ever higher waste reduction goals for each UC campus. In October 2018, UC was recognized by the EPA’s Green Power Partnership for being the fifth-largest on-site green power generator in the country, with more than 81 million kilowatt-hours produced annually. 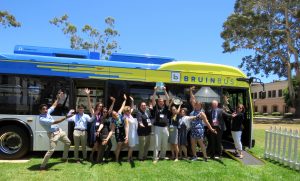 UC’s ongoing investment in climate action implementation offers invaluable insight and scalable solutions as communities across the world continue to adapt to a changing climate and move toward renewable, environmentally favorable energy models. Read our Q&A session with the university’s systemwide sustainability team below to learn more about how UC brought together business and government leaders, researchers, and community stakeholders for its UC3 forum in 2018.

What led to the formation of the University Climate Change Coalition?

The University Climate Change Coalition formed around the idea that research universities like ours are exceptional in their scale, scope, and convening power. Universities like these are hubs of expertise that also serve as community conveners, with the potential to bridge the divide between the public and private sectors around shared climate goals. UC3 members also serve as their own living laboratories of sustainability, testing new approaches and learning firsthand how to reduce their energy consumption and waste. The coalition’s international reach, with members in Canada and Mexico, further extends the group’s power to teach, convene, and innovate.

What were some of your goals going into the cross-sector forum? Was there anything about the planning or execution of the forum that surprised you?

The University of California, in partnership with fellow UC3 member institution CalTech, hosted a cross-sector forum and brainstorming session in April 2018 that brought together representatives of preeminent California higher education institutions, the Governor’s office, the California Air Resources Board and the California Energy Commission, and private sector partners and industry groups. The forum gave this group the opportunity to discuss how public-private partnerships can advance local and regional climate goals.

Our cross-sector meeting aimed to ignite dialogue around effective models of collaboration among academia, private industry, and government, with special focus on accelerating and scaling climate solutions in the 21st century. We planned to examine key ideas related to best business practices, models of transparency, criteria for demonstration projects, and stakeholder-specific needs. We also arranged panels of experts to discuss opportunities for climate solutions from the perspective of academics, government, investors, and private industry. We also produced a white paper that outlines how a new California climate solutions collaborative could spur job creation, innovation, and climate resilience in disadvantaged and vulnerable communities in California and beyond.

What were the important outcomes of the forum to you? What was your biggest takeaway? Any interesting comments from participants?

Who attended your forum? What were some of the climate priorities identified? What do you envision for the future with this group of stakeholders?

More than 80 researchers joined private sector, academic, and governmental leaders in Sacramento in April 2018. California Governor Jerry Brown provided keynote remarks about scalable demonstrations that could enable California, the nation. and the world to remove 1 trillion gigatons of greenhouse gases by transitioning  to clean energy, low and net-zero carbon systems over the next decade.

Meeting attendees focused on commercialization as the key thread through which public-private engagement is focused. The group concluded that coordination is needed to engage and synergize with other efforts focused on such issues as climate adaptation; climate change forecasting and prediction; public health and climate; and policy focused efforts.

Any advice you would give other schools interested in convening external climate actors?

When convening a large group representing public and private sector organizations, business and community leaders, and other stakeholders, it’s important to have a few concrete, short-term goals that can serve as next steps. Climate mitigation and adaptation is an immense task and it’s easy to get lost in the complexities of a joint response, particularly in a group representing dozens of separate institutions. In addition to talking about big picture climate solutions, identifying actionable and achievable short-term goals ensures forum attendees have a clear road map of the steps they can take after the gathering.