Resilience and Adaptation in New Orleans 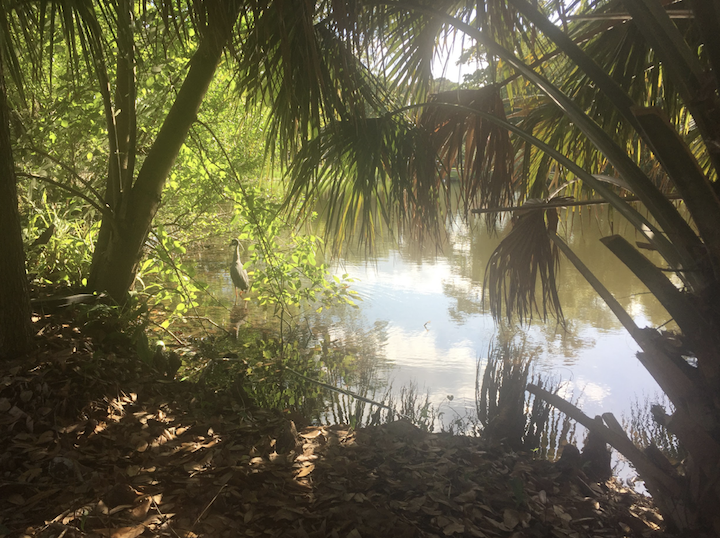 Last week I travelled to New Orleans to see what resilience and adaptation look like in a place ravaged time and again by natural and human-caused disasters.

The visit was to attend the American Association of Geographers (AAG) Annual Meeting alongside colleagues Tim Hitchins and Sachi Arakawa, who presented on a project funded in part through Climate Resilient Urban Campuses and Communities (CRUX), a Second Nature Program. The project developed a data organization system for Portland non-profit Street Roots as part of the community asset mapping process. The session showed how Portland’s Mapping Action Collective (MAC) uses transparency, honesty, and activism to advocate for underheard voices in the GIS community, and utilizes data technologies to build community capacity. 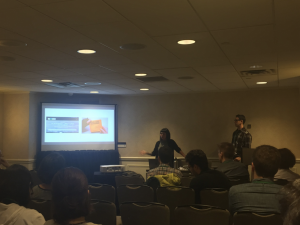 Other sessions spanned innovative informational technologies to sharing where aggrieved and displaced peoples have waged a struggle to resist and survive policies of racial segregation and conceived a different future. The provocation of thought was palpable, and made clear how interdisciplinary and relevant resiliency concepts are.

The week began with a tour of New Orleans’ adaptation and resilience to the area’s, which is located below-sea-level between the Mississippi River and Lake Pontchartrain. Since early white re-settlement, walls have been built to heighten the rim of the bowl and keep the water out. It was eerie to navigate these ecologically rich areas behind a wall, and to see where the city has blocked out nature and where it has been invited in, sometimes with devastating consequences.

The tour showed not only the natural vulnerability of the area, but also how fossil fuel exploration, extraction, refining and the use of the City as an industrial port has made things so bad that we’ve engineered this vital community into a corner we now have no choice but to engineer ourselves out of, and there are severely deficient resources to do so. These industries have decimated wetland buffers by introducing saltwater into freshwater systems to the point that New Orleans is losing a football field of land every forty minutes; they have poisoned hundreds of residents beyond just “Cancer Alley”; and it was largely due to the human-constructed canal to make a direct route into the port that the Lower Ninth Ward flooded so severely. 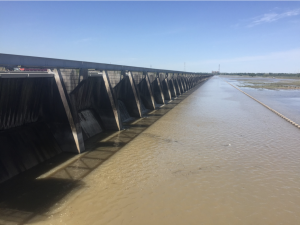 And yet, residents of New Orleans show unbelievable resilience in the face of these numerous atrocities. I could image that place that has undergone such ecologic hostility and human disinvestment and negligence would not be expected to be friendly. It would not be expected for these communities to sit on porch stoops and engage neighbors in conversation, say hello to every person they pass, and hold celebrations in the streets. However this is the social community I observed in New Orleans.

In Portland where I live, more and more people don’t even make eye contact. And while many have voiced that disinvestment has made New Orleans communities wary of external support or help from authorities, it could be also be said that shared apprehension has brought New Orleans community members that much closer to one another on a day-to-day basis.

While we sit in our climate-controlled office buildings or navigate traffic congestion in isolated vehicles, avoid eye contact with strangers due to safety and comfort concerns, buy our food where we feel comfortable and stick to our routines in order to get by, we should think about how we would feel about those around us if we were experiencing a disaster. Would we engage with one another like the people of New Orleans have? Social cohesion comes when the city is under feet of snow and everyone is figuring out how to navigate it, and acting to immediately shelter those on the streets. It comes during a heat wave, when a blackout forces everyone outside to a shady park because the electric grid was overburdened from fans and air conditioners. It comes when a community is so disgusted with an unjust government that they find camaraderie across lines in a shared call to make change. 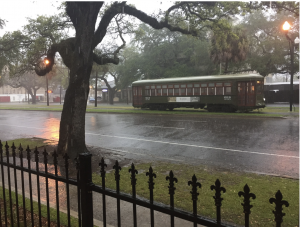 These are all things our communities will be experiencing more and more as climate change continues. And while I can’t necessarily include “eye contact” on the resilience assessment indicator list for Portland, it is something  I’ve learned we can all implement immediately, to work toward fostering social cohesion before disaster strikes and even after hardships have a resilient and strong community.

To learn more about CRUX Portland or get in touch with any of the collaborators mentioned here, please contact CRUX Portland Project Coordinator Thea Kindschuh at [email protected].