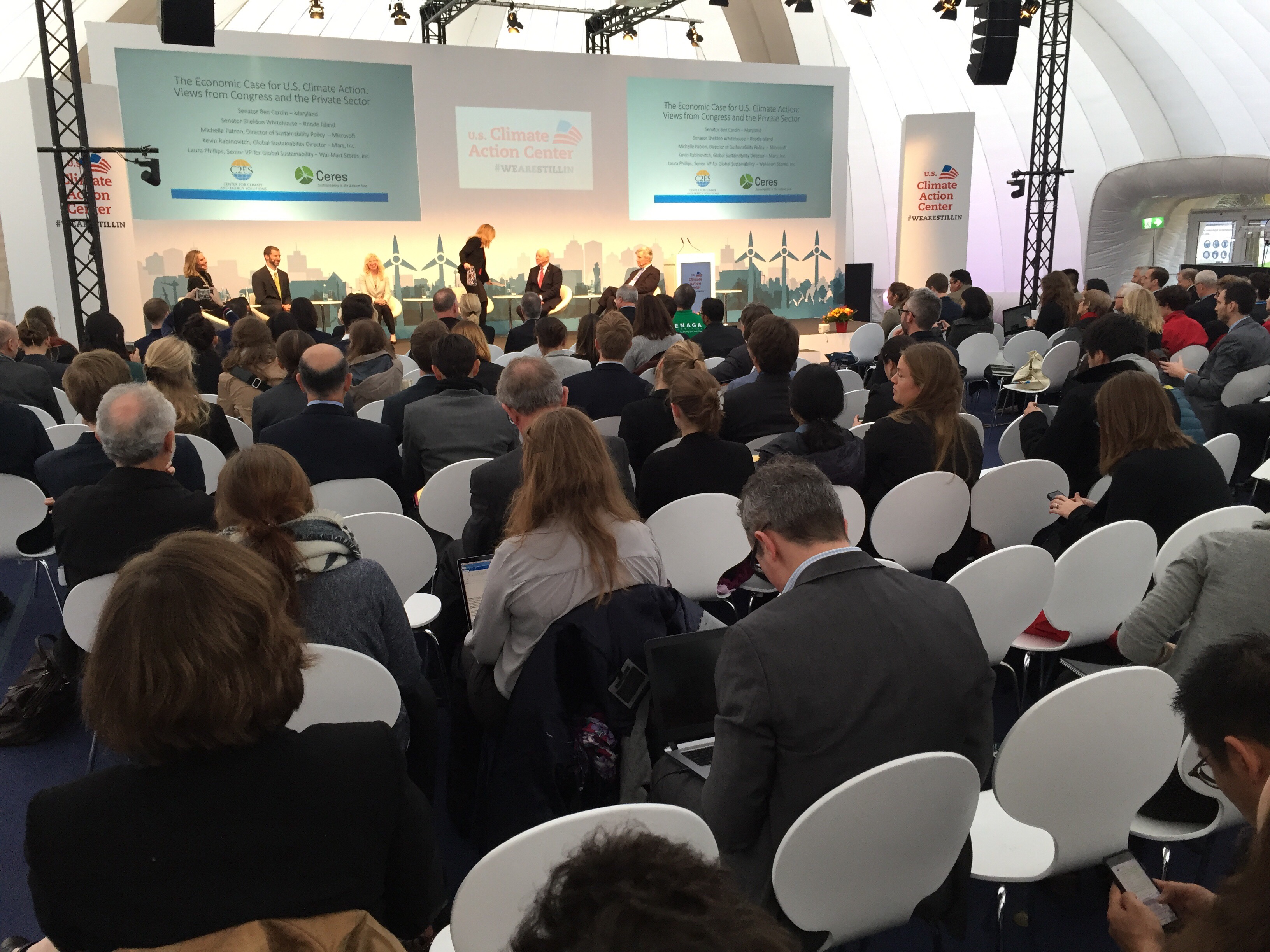 We can treat annual events as if they are commodities. The same thing cut and pasted year over year with a similar result. There is comfort in that familiarity, but also a tendency to expect less of these convenings as they persist.

The UN Climate Change Conferences are the annual conferences of the parties participating in the UN Framework Convention on Climate Change – the most important international treaty to combat global climate change. These meetings, known as the Conference of Parties (COP) have been going on for over two decades and are where international climate action is implemented.

Two years ago, at COP21, the so-called “Paris Agreement” was reached as a major step forward where nearly all of the parties agreed to limit global warming to 2 degrees C through each country creating their own Intended Nationally Determined Contributions (INDCs) – country-wide plans to reduce emissions and adapt to a changing climate.

This year, the 23rd COP was held in Bonn and, as in the 23rd year of any event, you may expect it to be a bit mundane. And from a formal negotiations perspective, it arguably was. Negotiators spent most of their time refining the next steps of financing and implementing the Paris Agreement.

What was unique this year was that in June 2017, President Trump announced his intent to withdraw from the Paris Agreement. There were many responses domestically to this announcement from individual sectors unifying internally against this decision. Second Nature was able to serve as the conduit for higher education to be part of the only unified, cross-sector response through the “We Are Still In” (WASI) coalition, subnational actors that declared uniformly, that despite President Trump’s actions, the United States was still committed to the goals of the Paris Agreement.

In Bonn, WASI played a critical role for the country. The coalition helped create and program the US Climate Action Center – a physical space at COP23 that highlighted the work of the aligned US sectors and declared to the world that the US would remain active in climate leadership, despite of what was coming out of Washington DC. We were fortunate enough to bring a number of higher education presidents and chancellors from the Climate Leadership Network as part of this coalition, in addition to the strong participation from faculty, staff, and students from many US higher education institutions.

Three quick takeaways from me from COP23 as part of the WASI delegation:

It was a great experience and a critically important to have a substantial US presence at COP23. Fortunately there is follow-up happening domestically, including our own convening at the 2018 Higher Education Climate Leadership Summit on February 4-6 in Tempe, AZ. We will be discussing some of the lessons learned from COP23 through a variety of panels, breakouts, and keynote speakers.

I look forward to connecting with everyone there,