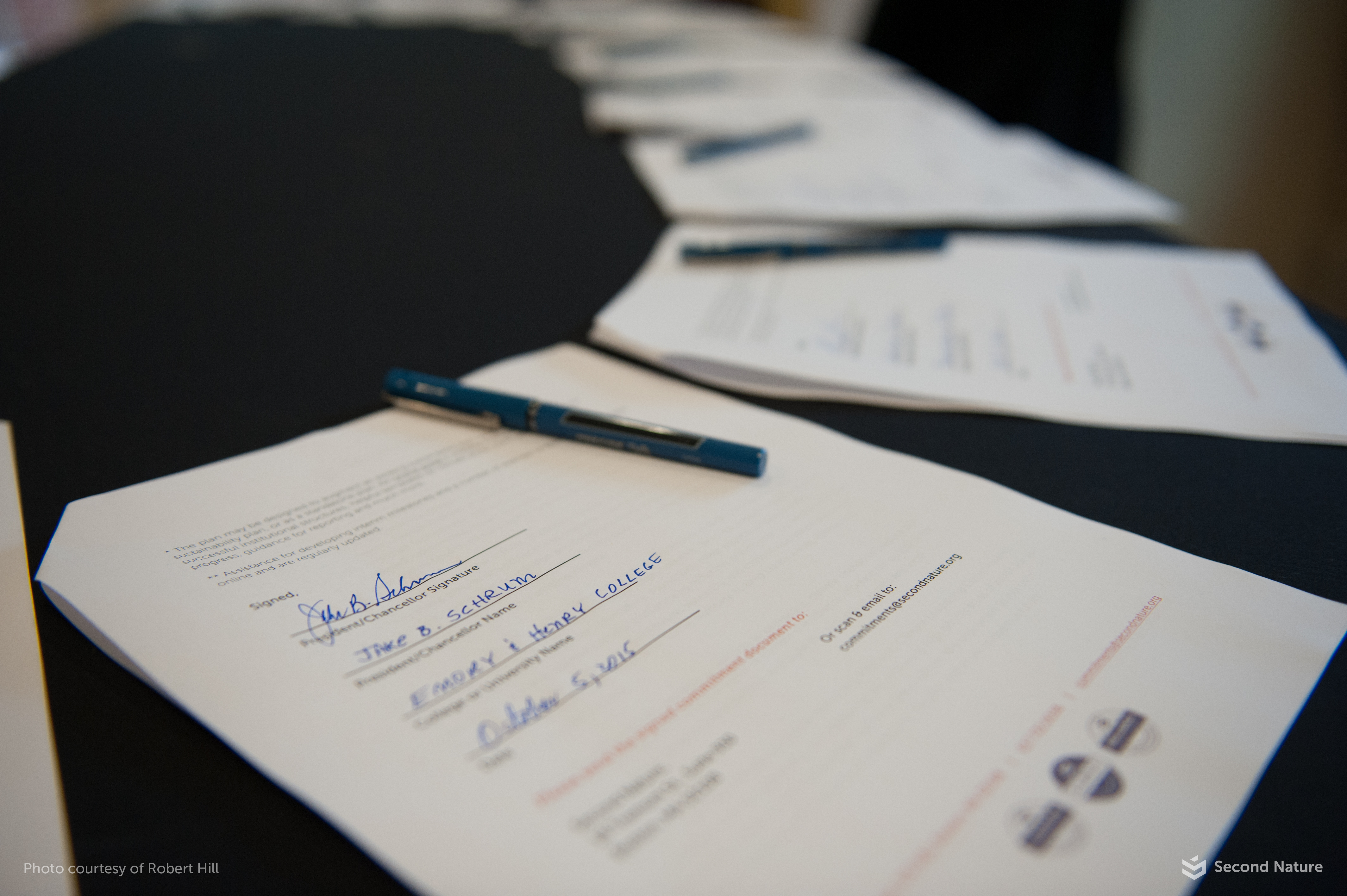 This month, the University of New Hampshire (UNH), a signatory of the Climate Commitment and long-time collaborator of Second Nature, released a new report titled The State of Sustainability in Higher Education in collaboration with Sightlines. This report takes a comprehensive look at emissions and energy trends from a nationally representative set of schools (including many Climate Leadership Commitment signatories) from fiscal year 2007-2014, and assess the impacts of their conservation, efficiency, fuel-switching and offsetting activities.

The data analyzed showed “preferable emissions numbers” for schools that were part of the Climate Leadership Network, which was described as “the most high-profile example of a U.S. campus greenhouse gas commitment.” UNH found that this leadership commitment has helped the schools “keep their average energy consumption, emissions, and costs lower than their counterparts’ and it led them to commit resources to sustain energy and emissions reductions.”

Though this study was not a comprehensive analysis of the Climate Leadership Network, the findings are encouraging and in line with Second Nature’s past research. As we look to the future, Second Nature will bring you even more analysis of the network’s collective data, particularly through an improved Reporting System.

We are continually shown that we are stronger together, and we at Second Nature are proud to be able to work with this network of dedicated institutions, who are making a real difference. Thank you for everything you do, keep it up, and let’s share the good news.