Ramping Up Renewables: 3 Reasons to Make the Switch

The time has never been better for colleges and universities to make the switch to renewable energy, for three reasons:

First, the costs of renewable energy have plummeted, making them financially attractive on a wide-scale for the first time ever. For example, between 1977 and 2014, the price per watt of silicon photovoltaic cells has dropped from $76.67 to a mere thirty-six cents. Meanwhile, the cost of wind energy in the U.S. has dropped, on average, from 55 cents per kWh in 1980 to five cents per kWh at the end of 2012, resulting in unprecedented growth in both industries. 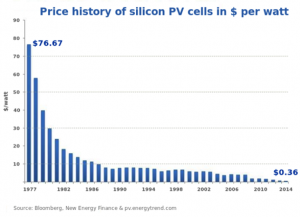 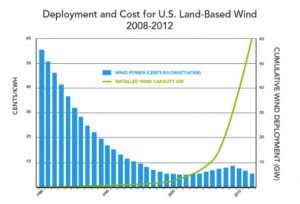 Second, as so many campuses work to achieve the goals in their climate plans, many are eager to find solutions for mitigating the emissions from their purchased electricity, often the largest single source of emissions in their greenhouse gas inventories. A small but growing number of colleges and universities have discovered that, in part because of the falling costs, replacing polluting power with clean, renewable energy is now possible on a large-scale through power purchase agreements.

Third, and perhaps most importantly, higher education has the unique responsibility of educating students and communities about climate change and sustainability. What better way to educate and demonstrate leadership than by setting an example?

Chris O’Brien is the Director of Higher Education Programs at Altenex. Previously, he was Director of Sustainability from 2009 to 2015 at American University where he was responsible for all sustainability functions, including the university’s commitment to achieving climate-neutrality by the year 2020. Chris continues to teach about energy, climate, carbon markets and sustainable purchasing in the Sustainability Management program at AU’s Kogod School of Business.